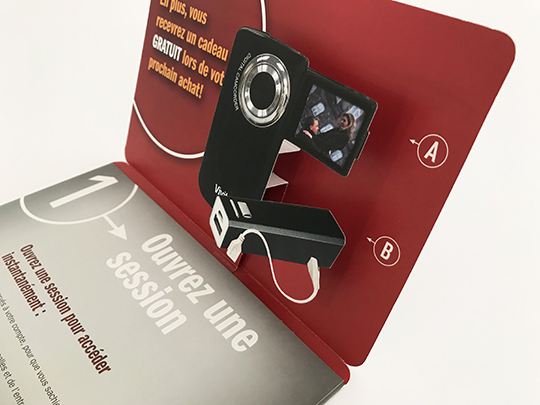 This eye catching mailer has a Diecut Pop-out and two folded panels. If your client is looking for a way to make their printed mailer more interesting, this is a great option! When the carrier is opened, the diecut image of a digital camera “lifts” off the carrier. Instead of simply printing the image, adding a pop-out feature like this gets a lot more attention.

The pop-out portion was first diecut and then tipped (glued) onto the carrier, which was first diecut, diecreased and then plow/buckle folded. This run was a few thousand, but we can produce runs like these in much higher quantities. Stock weights for a project like this should be between 8pt to 12pt.

In the following images, you can see how the carrier has two additional panels that fold from the left and right side. With the addition of an automatically applied inline clip/wafer seal, this folded piece can be mailed. A mailer like this communicates a lot of information while keeping the customer’s attention. 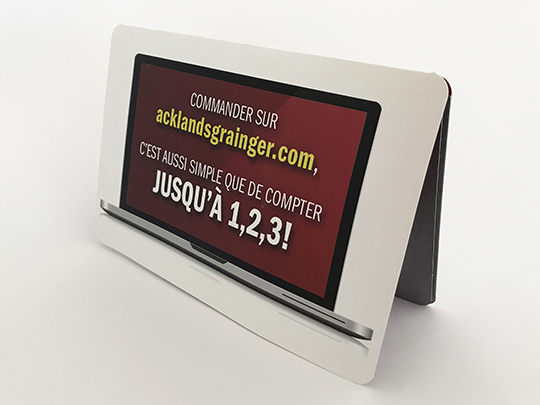 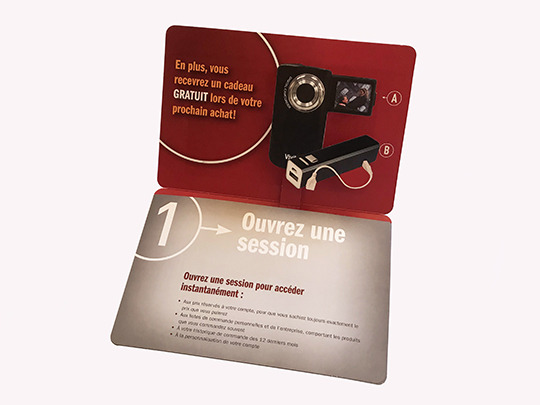 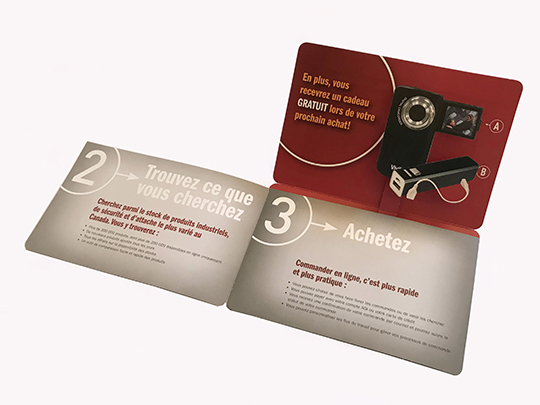 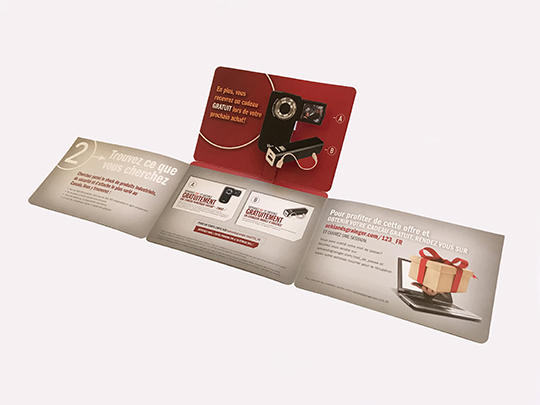